The Tay, as always, glows – blue through green.

It’s whalers creak as they are scrubbed; then, thousands cheer

When liners are launched, in Caledon years.

Their ghosts appearing as next day’s news,

In a city on the edge of saying – how proud we are.

And once, in café clatter mixing with a flutter

Of river memories, you phoned and whispered:

You should see the river – it’s sparkling and beautiful.

I thought: you are, but only murmur:

That’s strange, I just this second found the word…

Walking back, as I knew one day I would,

To the library hut where my scribbling began,

I touched the sun on books and on inscribed tables,

And ached to join my words to breathing. A wound

Carried from stumbling in late, babbling to my sister, and

My words I used – to shout, to blame and point,

But not to feel. For decades, each phrase was emptied.

Until, in tiny rooms, I found dreamers

Lighting candles for every blacked-out street.

They smiled me a voice and sparked my match to theirs.

Hard then to walk a lonely path again,

Above fields of solitude, to an empty horizon.

How could I name and survive that edge?

I walked in the rain, exhausted from hiding

In gyms, or running, or in thousands of dusty meetings.

There, blinds were down and windows tightly shut.

I slumped inside books, frantically searching.

Sensing – I could touch the wind, if only my words

Could step on to a ship and grasp uncanny movement. 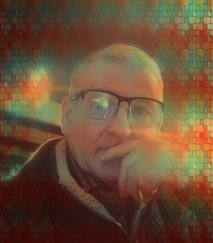 My name is Harvey Duke. I am a Writer; a former Welfare  Rights Officer; and Campaigner on Social Justice issues. I also take photographs. I live in Dundee, Scotland.